The visual impact of Solar Panels on neighborhood roofs

In case you’ve noticed that there are more solar panels in buildings around you lately, it’s no coincidence. In the US last year, solar power accounted for 43% of new electricity generation. A big part of that is because homeowners are rapidly installing more solar panels. The visual impact is undeniable.

More installations mean solar power is more visible, with panels becoming more ubiquitous. That’s a good thing for awareness. Did you know that the mere visual presence of panels has an impact on solar energy adoption? That’s right—just the perceived increase in solar panels contributes to more people buying panels for their own homes. To illustrate, let’s consider some reasons why. 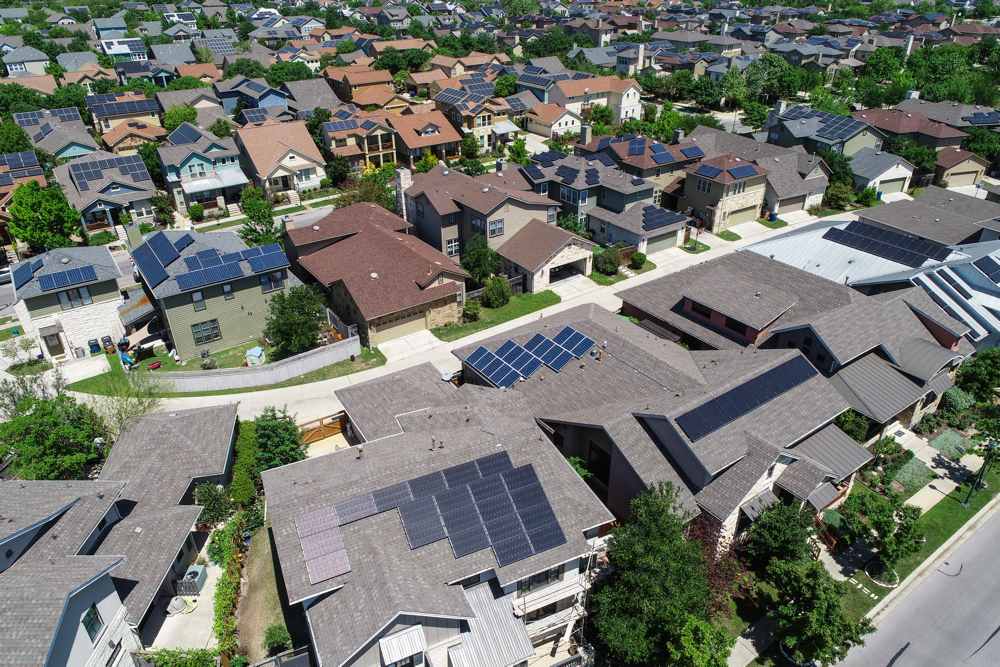 Seeing all those solar panels gets people asking questions. Take schools, as an example. There is a conscious effort in some states to fund solar power for use in schools mainly to help the schools reduce their energy bills. But this also comes with some additional fringe benefits. School buildings featuring solar panels is likely to pique the interest of students. Subsequently, discussion around the dinner table leads the family to start thinking about the advantages of solar and renewable energy. Indeed, visual signals like these can go a long way towards promoting the adoption of solar on a wider scale.

To begin with, the visual impact of rooftop solar panels tends to become a popular talking point. In addition, people are more receptive to solar power when they see neighbors’ roofs adorned with panels. Subsequently, as more households take to solar energy, people realize it’s a technology that’s accessible to them too. At the same time, they start becoming aware of the practical advantages it brings in terms of performance. In particular, they’ll see it’s viable, with real benefits for their pockets. To summarize, it’s like word of mouth, but from a visual standpoint.

For the most part, people are receptive to new ideas. However, some people can simply be averse to change. After all, it takes us all a while to form new habits, but eventually, we can get there. Similarly with solar panels one needs a gentle push in the right direction. Fortunately, what initially may seem an unusual sight in the neighborhood, soon becomes the norm. Especially when enough panels start appearing. Then, earlier impressions start giving way to acceptance and then adoption. Suddenly they don’t seem out of place at all. On the contrary, the new status quo tells people that it’s perfectly fine to have solar panels on the rooftop.

More solar panels adorning rooftops stands for more than just slashing utility bills or having backup power for the home. There is much more to it than that. Firstly, it represents an acceptance of the need for sustainable living. Secondly, it leads to an awakening that these changes are globally necessary to control unwanted climate change.

For this reason, the world needs to reduce pollution caused by burning fossil fuels. The answer is to adopt clean, renewable energy sources. The visual ubiquity of solar panels is proof that this can and is being done.

The role that individuals can play

According to forecasters, solar’s momentum is good enough to keep growth levels at a decent rate through the year. Despite a global downturn thanks to the pandemic, the solar industry has kept strong. It is a testament to just how far the technology has come. All the solar panels you see around you proves just how viable and valuable solar is today. So, what are you waiting for? Contact us and learn what you can do to lead the change