Solar and wind energy both lead the way to sustainable power

In recent years, there has been a focus on renewable energy sources. As different sectors around the world move towards sustainability, various governments, companies, and individuals have invested more on renewables. The two main areas in the field have been solar and wind energy.

Solar and wind energy are definitely leading the charge as far as renewables go. Part of the discussion, though, is whether the commitment should be to one or the other. Both certainly have their own sets of advantages and drawbacks. Let’s see for ourselves how these two types compare.

Efficiency of solar and wind energy

Wind energy seemingly has an advantage over solar when it comes to efficiency—at least, at the macro level. One large wind turbine can generate as much electrical power as thousands of small solar PV panels. So, a wind farm would appear to be much more efficient than a field of solar panels.

However, wind power is not readily accessible to many, especially at a micro level. For most households, it is much more logical to use rooftop solar power systems. We’ll get to this in more detail a little later in this article. 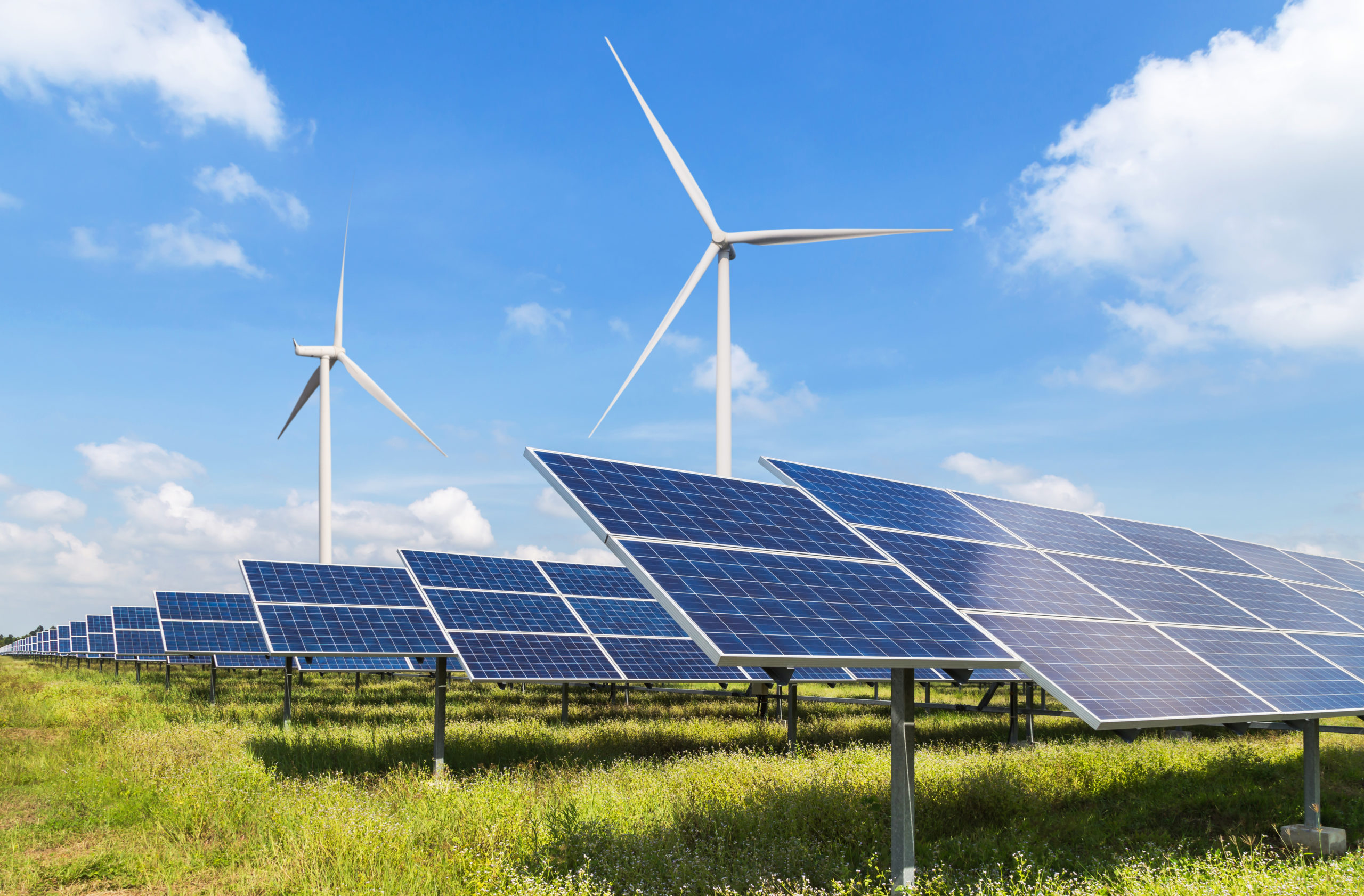 Solar power has the wider range of system setups and application options, from large-scale to small-scale. You have the big commercial projects taking up entire swaths of land, capable of powering cities. While for the man in the street, there are also household solar PV systems for residential use.

On the other hand, wind turbines cannot easily be constructed anywhere. These are massive structures that generate a considerable amount of noise. As such, wind farms are usually located in relatively remote areas or offshore. There are small-scale windmills, but you lose the power generation and consistency you get from the much-larger counterparts.

Both solar and wind energy rely a lot on proper location. Solar panels work best in areas where there is constant exposure to sunlight. Wind turbines work best in locations with reliably strong winds like hills, mountains, and coastal areas. Both types require good weather conditions and topography for optimal power production.

The big advantage of solar panels is that they can still convert solar power even if the area is cloudy. It may not be as efficient or optimal, but at least the power generation is still there.

At utility-scale levels, both solar and wind power are cost-efficient. It’s at the smaller scales where solar truly shines. Solar also now benefits from great improvements in efficiency as well as better affordability in recent years. This holds true for commercial as well as residential solar.

It should be noted that both types are eligible for certain state or federal incentives. This allows people to recoup a part of the up-front cost. Still, solar is the more accessible and affordable option for most individuals.

Contact us at Renewable Energy Corporation, Maryland, DC’s premier renewable energy installation company. We’ll give you a no-obligation quote and a full run-down on all the advantages of installing solar on your home. There’s no better time to move to renewable Solar energy.